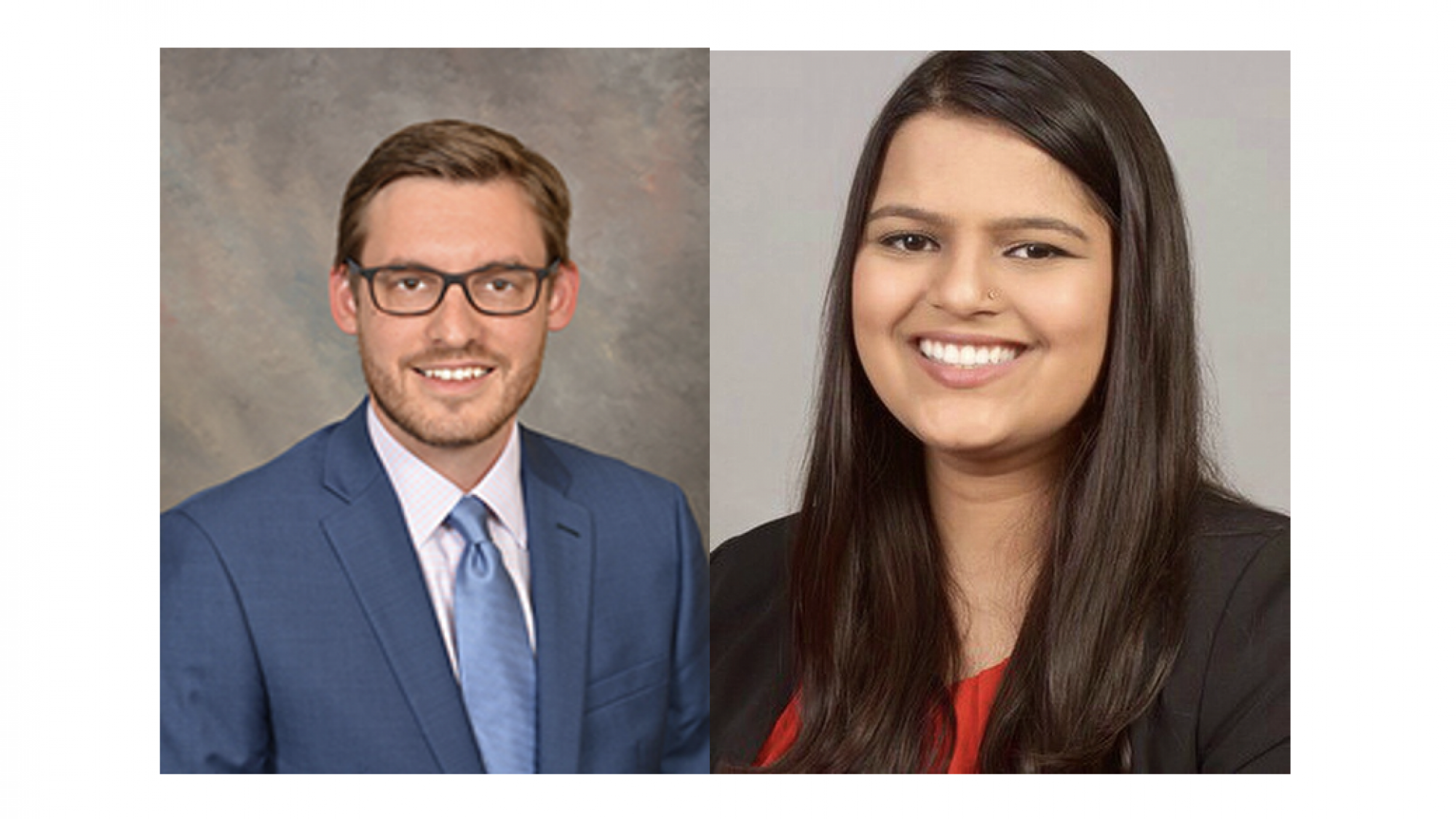 Devika Gandhi is a second-year internal medicine resident at Indiana University. She is originally from Dayton, Ohio and received her undergraduate degree from the University of Akron. She earned her medics degree from Northeast Ohio Medical University in Rootstown, Ohio (Go Walking Whales!). After residency, she plans to pursue a career in gastroenterology/hepatology. During her free time, she enjoys reading, cooking, and going out to trivia with friends.

Cody Hill is a second-year Med-Peds resident at Indiana University. He attended Clemson University for his undergraduate/graduate studies and the University of South Carolina School of Medicine Greenville for medical school. Although he loves taking care of patients, his true passion lies in medical education, especially when it relates to clinical reasoning and evidence-based medicine. He is also very invested in resident wellness and mentorship, which led him and a fellow classmate to start their own podcast called The Resident Lounge (@resident_lounge). After residency, he plans to pursue a career as a Med-Peds hospitalist and a medical educator with the ultimate goal of one day becoming a program director. Cody also just became a father, so in addition to taking care of his newborn daughter, he and his wife enjoy walking their dog, gardening, cooking and exploring Indianapolis for new craft beers.

Dr. Anand Patel is a hematology-oncology fellow at the University of Chicago and the Medical Education Lead at the Human Diagnosis Project. He attended University of Missouri-Columbia for medical school and completed both his internal medicine residency and chief residency at Northwestern. Anand’s academic interests include medical education and clinical reasoning. Specifically within hematology-oncology, he is interested in clinical trial design using targeted therapies for patients with leukemias and myeloid neoplasms.